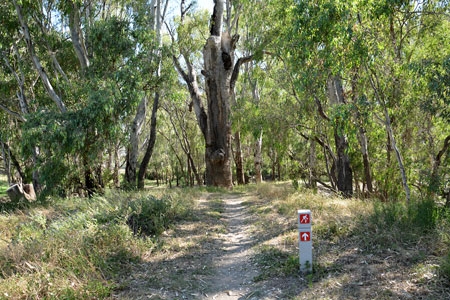 The Wiradjuri Walking Track covers around 42 kilometres, circling much of the City and exploring riverbanks, hilltops and everything in-between. It also winds through Silvalite Reserve and Pomingarlarna Park - perfect for a little wildlife spotting or enjoying some of the best views over the city! Pomingarlarna Reserve features a clearly marked 13km mountain bike trail surrounded by local bushland. Lookout of the kangaroos, and wallabies.

In 1988, Wiradjuri Reserve was chosen by the regional elders as a campsite for Aboriginal people travelling to Sydney do peacefully protest the Bicentennial celebrations.  Local Wiradjuri custodian Jimmy Ingram helped to welcome the travelers. ‘There were dampers on the coals dancing and singing with guitar players from Victoria and New South Wales. Some ladies sange lullabies. It was great to see Aboriginal people from all over Australia on Waradjuri land.’ 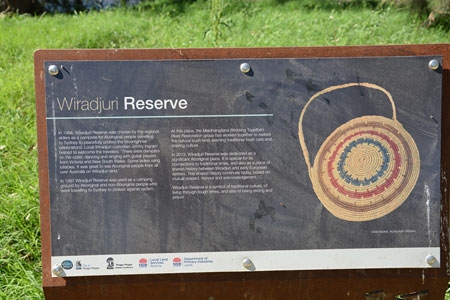 In 1997 Wiradjuri Reserve was used as a camping ground by Aboriginal and non-Aboriginal people who were travelling to Sydney to protest against racism.

At this place, the Maldhangilana (Working Togehter) River Restoration group has worked together to restore the natural bush land, learning traditional bush care and sharing culture.

In 2012, Wiradjuri Reserve was dedicated as a significant Aboriginal place. It is special for its connections to traditional times, and also as a place of shared history between Wiradjuri and early European settlers. This shared history continues today, based on mutual respect, honour and acknowledgement.

Wiradjuri Reserve is a symbol of traditional culture, of living through tough times, and also of being strong and proud.