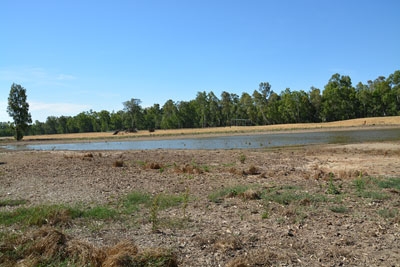 The Marrambidya Wetlands was created in 2015 from disused sewerage treatments ponds into the expansive 20 hectare recreational wetland area you see today. The site includes links to the Wiradjuri Walking Track which leads to Gobba Beach in the west and Wiradjuri Reserve in the east – which are both Aboriginal Places of Significance.

We hope you enjoy your visit to the Marrambidya Wetland and respect the area by leaving it as you found it. 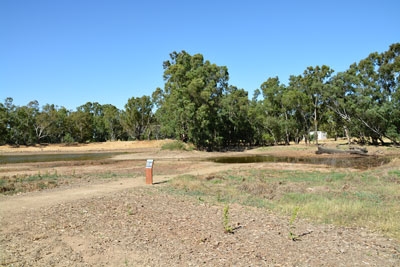 The Marrambidya Wetland Healing Place was unveiled on National Apology Day 2016, the 8th anniversary of the Apology to the Stolen Generation.

It is important to commemorate the Apology to Australia’s Indigenous people as it marked an important setp in the right direction by our government towards healing for the many people who had been personally affected by the policies that resulted in the Stolen Generation.

The Healing Place was developed in consultation with the local Wiradjuri community to create a place of serenity where community members can sit, relax and reflect amongst nature with a number of significant Aboriginal sites just a short distance away.

The Healing Place features native plants, a seating area made from River Red gum and a hand carved totem pole created by local Wiradjuri Elders and donated to the site by the artists and TAFE NSW Riverina Institute. A fallen scare tree that was discovered during construction now displays the Marrambidya Wetlands Healing Place plaque.

The project was made possible by finding from the Aboriginal and Torres Strait Islander Healing Foundation and Wagga Wagga City Council. 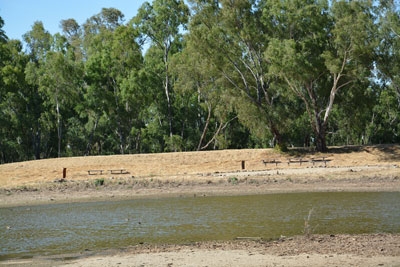 The land provided the Wiradjuri people with everything they needed. Fruits, vegetables, minerals and animals all come from the bush. Local custom and belief often effected what was hunted and gathered (they would not eat their totem animals), so it took about 5 hours every day to collect enough food for the group. The women and young children would gather plant foods such as seeds, nuts and fruit. They also hunted small lizards and collected things like witchetty grubs. The men and older boys would catch larger animals, birds and fish.

Plant food supplied up to 80% of Aboriginies’ diet, particularly in regions or seasons where shellfish, fish and game were not abundant. Diets and food preparation techniques varied from one region to another and also from one tribe to another.

Nectar-baring flowers were sucked for their sweet nectar and taste. Blossoms of some plants were collected and kneaded in a coolamon. The flowers are then removed and water is mixed with the residue to make a sweet drink. Seeds were harvested and eaten like peas or ground into a flour to make cakes and small breads. Plants with fibrous tubers were dug up and steamed.