Regarded as one of Australia’s major Defence Force establishments, Wagga Wagga is home to the Kapooka Army Recruit Training Base and Royal Australian Air Force Base. 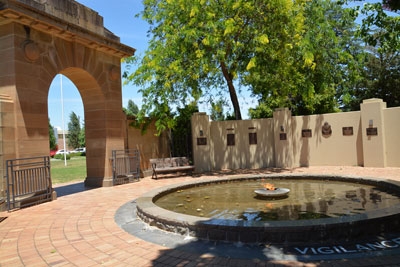 The history of Kapooka dates from the Second World War when it was a training camp for Army Engineers. Following the war it was used as a migrant centre until the outbreak of the Korean War, when two Recruit Training Battalions were established in the area. This was later reduced to one battalion.

The present Blamey barracks were completed in 1966 at a cost of $5.5 million and are one of the most modern and well-equipped barracks in Australia.

All army recruits, with the exception of apprentices, come to Kapooka.

The Kapooka Band is a unit of Band Corps of the Australian Army. It is one of five full time bands, three army reserve bands and two unit bands.

Army Recruits and Reservists are trained in the art of “soldiering”. In 1985 Kapooka became responsible for the training of female recruits, who were previously trained at Georges Heights in Sydney. 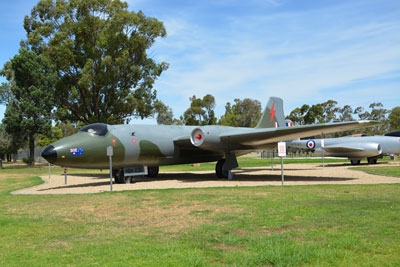 History:
Royal Australian Air Force Base Wagga - is a tri-Service training base. It was established on the farm of Allonville as a training base prior to the Second World War. It was officially opened in July 1940. The RAAF Heritage Centre, situated at the entrance of the base, was established in 1995 to help promote and preserve the history of the base and the wider Air Force activities in the Riverina. RAAF Base Wagga was established in 1940 to meet World War II needs. The first unit based at Wagga was the No 2 Flying Training School. Following this the base was home to No 5 Aircraft Depot which handled major maintenance of aircraft engines such as the Beauforts, Beaufighters, Venturas and Mitchells.Also operating from the base were No 31 Squadron, and 5 Operational Training Unit. After the War the base accommodated the RAAF Ground Training School and became the centre of RAAF trade training. The name of the school changed to RAAF School of Technical Training (STT) in 1950, and RAAF Base Wagga came into being in 1952 . In 1960, No 1 Recruit Training Unit (1RTU), came to Wagga until its move to Edinburgh in 1964.

In 2008 RAAF Base Wagga welcomed 1RTU back, and now all ground based Air Force members come here for at least one level of training. 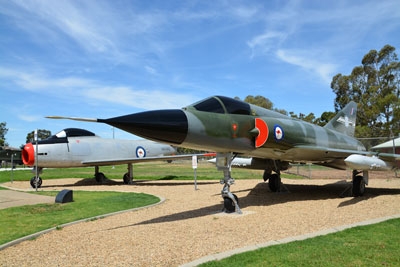 Base Information:
RAAF Base Wagga Wagga has been an integral part of the local Wagga community for almost 70 years. RAAF Wagga delivers technical and non technical initial employment and post-graduate training that is fundamental to the delivery of military air and space power in support of National objectives. RAAF Wagga supports four major training units, No 1 Recruit Training Unit (1RTU), the RAAF School of Technical Training (RAAFSTT), and RAAF School of Administration and Logistics (RAAFSALT) and the School of Postgraduate Studies (SPS). The National Aerospace Training Centre of Excellence is the contracted service provider delivering Aviation technical trade training at RAAFSTT. RAAF Wagga's role makes it the Air Force's major ground training base for Air Force.

Navy has four staff members in the Navy administration section of RAAF Base Wagga supporting the trainees during their training. Another nine Navy staff posted to RAAF base Wagga undertake training and course development duties associated with RAAFSTT.

Two Navy prizes are awarded to Navy personnel based at RAAF Base Wagga. The first being the Nirimba Prize for trainees and the second being the HMAS WAGGA Prize for either staff or trainees.