In Wagga Wagga, we've got sport in our blood. Known as the "City of Good Sports", many of Australia's sporting heroes hail from the regional city of Wagga Wagga, including former Australian cricket captain Mark Taylor, rugby league great Peter Sterling and AFL legend Paul Kelly. The high number of elite athletes produced by the Riverina City was the subject of a study by the Australian Institute of Sport in 2005. The research proved that the City’s talent pool was more than just good luck, describing the sporting phenomenon as the ‘Wagga Effect’.

What is the "Wagga Effect"? 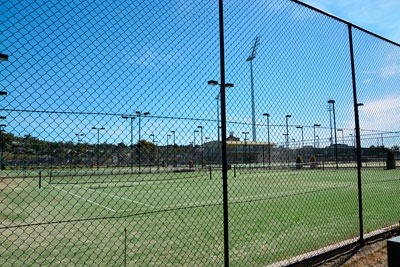 The "Wagga Effect" is a phrase used by the Australian Institute of Sport to describe the disproportionately high number of elite sports men and women who come from regional cities. A study by researcher Dr Damien Farrow confirms the existence of the phenomenon, which concluded sports stars are more likely to be born and raised in a regional centre like Wagga Wagga than a big city. Dr Farrow reasoned children from smaller towns have more space to play, are exposed to many different sports, and because competition is limited, will often participate alongside adults. With so many high-profile sportspeople originating from Wagga Wagga, it's believed many children are motivated to follow in their heroes’ footsteps.

Rugby League
Wagga Wagga's Joe Williams and Jamie Soward are ex NRL first graders with distinguished careers. Both have plied their trade in the toughest rugby league competition in the world. The pair were able draw inspiration from the outstanding players from the Wagga Wagga region who have gone before them including Clive Churchill medal-winning Peter Sterling, the acclaimed Mortimer brothers Steve and Chris and Arthur Summons who is immortalised in the NRL Premiership trophy. Joe Williams, an Indigenous Australian, has also been a professional boxer following his brief career in rugby league. He is now a mentor and motivational speaker focusing on suicide Prevention & mental health wellness. Joe was named Wagga Wagga Citizen of the Year in 2016. 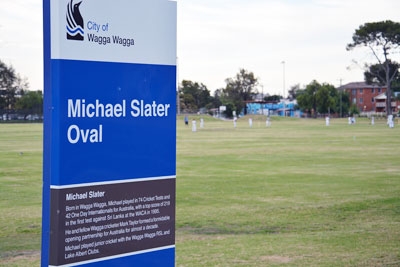 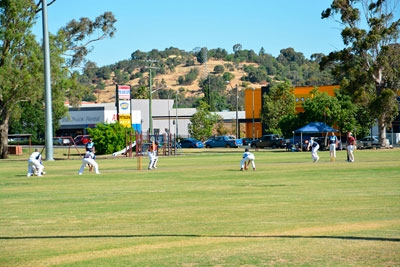 Cricket
Test cricketers Mark Taylor and Michael Slater are two of Wagga Wagga's highest profile exports and are regarded as one of Australia's most successful opening pairs in recent history. Taylor started playing cricket at the South Wagga Public School before joining Lake Albert Cricket Club. He went on to reach the pinnacle of the sport in 1994 when he was appointed Australian captain. Born in Wagga Wagga, Slater also played junior cricket with Lake Albert and later the Wagga RSL Club, making his Test debut in 1993. Both Taylor and Slater continue their association with cricket as commentators with the Nine Network.

Rugby Union
Wagga Wagga rugby union product Nic Henderson was a member of the 22-man ACT Brumbies squad and has represented the Wallabies on a number of occasions. The former Kooringal High School student began his career playing rugby league with Turvey Park and, after leaving school, joined the NRL's Melbourne Storm for two seasons before switching to rugby union. Other notable rugby union players include four-time Australian Test representative John Langford and Arthur Tonkin, one of the stars of the 1947/8 Wallabies' highly successful tour of Britain.

AFL
Wagga Wagga is also well-known for producing AFL stars. Two of the most prominent are 1995 Brownlow medallist and former Sydney Swans captain Paul Kelly, and the Kangaroos' stalwart Wayne Carey. Kelly kicked off his AFL career with the Wagga Wagga Tigers before joining the Swans in 1990. Like Kelly, Wayne Carey's illustrious AFL career started in Wagga. At just eight years of age, he joined the North Wagga Saints. It was the ideal launching pad for his success in the AFL with North Melbourne, where he was appointed captain in 1993. A colourful character on and off the field, Carey was also named All-Australian captain in 1996, before finishing his professional career with the Adelaide Crows. 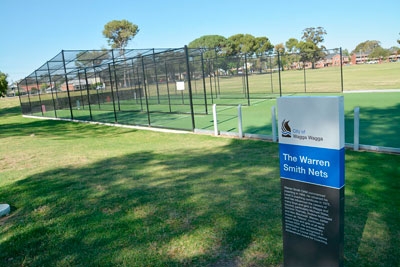 Athletics
A member of the Athens 2004 Olympics 4x400m silver medal-winning relay team, Patrick Dwyer began his career with the Kooringal-Wagga Athletic Club. The 400m specialist was a semi-finalist at the Sydney 2000 Olympic Games, won the 2000 Australian 400m title, competed at the 1999 World Championships and the 1998 Commonwealth Games in Kuala Lumpur. Wagga Wagga athletes in the race for future Olympic and Commonwealth Games selection include Andrew O'Neill, who holds the Australian U18 1500m record, and two-time World Junior Cross Country representative Lachlan Chisholm.

Hockey
One-time Hockeyroo Co-Captain Melanie Twitt is a veteran of 172 international matches. The midfielder was a member of the gold medal-winning Melbourne 2006 Commonwealth Games team and was named International Player of the Year for 2002 and 2004. The Athens Olympian's representative career began in 1992 with the Wagga Wagga U15s and U18s. Another hockey star from the region is former Kookaburra Adam Cummens. He played 143 internationals and was a member of the bronze medal-winning team at the Sydney 2000 Olympics.

Triathlon
Professional triathlete Brad Kahlefeldt has notched up some superb performances in his career. The former world number one claimed the gold medal at the Melbourne 2006 Commonwealth Games. He also took out the Australian Championship and won four World Cups in 2006. Growing up in Wagga Wagga, the talented sportsman played many sports before turning his attention to running and later triathlon. 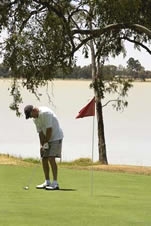 Other standouts: a snapshot 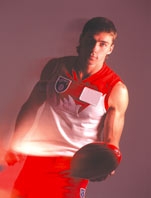 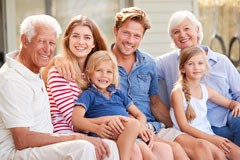