Siobhan Miller and fellow artists collecting funds on the Festival of Small Halls tour at Rowella Community Hall, Tasmania.
Leading folk festivals, events and musicians around the world have rallied to raise funds in support of those affected by the Australian bushfires in a campaign initiated by the Year Of Scotland in Australia 2020, the largest ever program of Scottish music and culture currently underway throughout the country.

In just 48 hours, thousands of dollars worth of festival tickets, VIP passes, travel and accommodation from the UK, Europe, Canada and the USA were donated towards a major prize draw, with all proceeds going to the Australian Red Cross and World Wildlife Federation.

Fiona Hyslop, Scotland’s Cabinet Secretary for Culture, Tourism and External Affairs, said, “On behalf of Scotland, I’d like to send a message of solidarity and friendship to Australia at this difficult time.

“The Year of Scotland in Australia 2020 celebrates the strong links between our countries and I am pleased that participating bands are also supporting this fundraising appeal.”

Produced by Woodfordia Inc and Showcase Scotland Expo, in partnership with over 30 Australian festivals and events, the year-long program sees the four acts currently touring Australia and an upcoming flagship event contributing additional funds to the effort, including:

A volunteer fire-fighter himself, Breabach guitarist, Ewan Robertson said, “It is truly heart-wrenching to witness the devastation wrought by these fires.

“I spent 8 years as an auxiliary firefighter in Scotland and although we have never seen fires such as the ones you are facing in Australia, I fully understand the commitment and dedication of those volunteers who are on the front line.

“The immense physical and emotional toll will be felt by them for a long time. If we are able to help the relief and recovery effort in any small way then we are determined to do so.”

Year of Scotland in Australia producer, Lisa Whytock said, “Australia has been so generous and welcoming to Scotland and our artists and we are devastated to see the destruction being caused by the fires. We simply had to do something.”

Overwhelmed by the positive response from the world’s folk music sector, Ms Whytock said, “I think it illustrates how deeply affected the world is by what’s happening in Australia right now.

“We look forward to contributing some funds and raising further awareness across the globe to help affected towns and people recover.”

The prize will be drawn on 1st February during a live stream from Showcase Scotland in Glasgow. Tickets to enter the fundraising draw are on sale now. A full list of prizes is available at the purchasing link.

Produced and curated by Showcase Scotland Expo and Woodfordia Inc, in partnership with over 30 Australian festivals and events, the Year of Scotaland in Australia 2020 is backed by Creative Scotland, VisitScotland, The Scottish Government and The Glenturret Distillery. 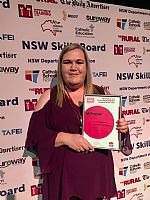 Mum’s The Word: Kaysie calls on Community to Join Caring Crusade
A Wagga woman working alongside her mother in aged care has urged others...

Livestock Producers Urged to Prepare for Cold Snap
As a cold front moves across NSW, bringing with it rain and below average...
More News »

RSA & RCG training at Wagga RSL
Centre for Training - CFT NSW (Wagga Wagga) Get your NSW RSA & RCG Competency Card the easy way, all in one day at the Wagga RSL . 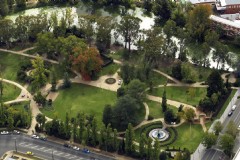