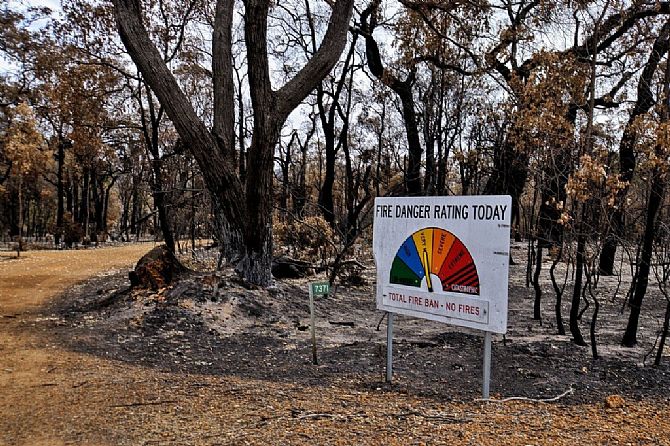 NSW Rural Fire Service Commissioner Rob Rogers and Fire and Rescue NSW Commissioner Paul Baxter have officially launched the $2m ‘How fireproof is your plan?’ campaign at the start of the 2020/21 Bush Fire Danger Period (BFDP).

The campaign has been developed by the NSW Rural Fire Service (RFS), featuring people who lost their homes last season telling their experiences so that others can learn ahead of this season.

Minister for Police and Emergency Services David Elliott said that while this year will not be as extreme as last year, with plenty of grass around after a wet winter, people still need to be very careful when using fire and observe the rules around total fire ban days.

“The rain has brought with it fire danger conditions with increased pasture growth. As the grass dries out, there’s a very real potential for fires, particularly across western NSW and later in the season,” Mr Elliott said.

“Our new public awareness campaign this year features personal accounts from people who lost their homes in last year’s devastating bush fires. People need to understand the risk and prepare for it – and do it now. You can never be too prepared,” he said.

“By taking the simple steps you can prepare your property – for example, removing flammable materials from their yards, clearing leaves from gutters, checking hoses can reach all around the house.

“The single most important thing every family can do is have that five-minute conversation about important decisions like when to leave and what to take if a fire threatens your home. You can check how fireproof your bush fire plan is in just five minutes at www.myfireplan.com.au,” Mr Rogers added.

Last season, with 26 people killed and more than 2000 homes destroyed across NSW, there were many stories which emerged which show the importance of being ready.

One such story featured in a heartbreaking TV advert is that of Jim Hughes, who lost his home at Catalina near Batemans Bay on New Year’s Eve. Jim is a local school bus driver who had just completed renovations on his house where he lived with his daughter Raeden when the fire struck. Jim reflects on how he wished he had done more to get ready.

“If a fire does escape, it is essential to call Triple Zero (000) immediately so that emergency services can respond accordingly and minimise the damage,” he said.

Commissioner Baxter also urged people to consider the risk of bush fires when traveling around the State. “As we move into summer and the holiday period, and especially given the travel restrictions with COVID-19, many people will be visiting bush fire prone areas. While they might not typically live in an at risk area, it’s important they have a plan for the area they are visiting,” he added.

During the BFDP anyone wishing to light a fire for pile burning or hazard reduction will require a permit, which is free to obtain from your local Fire Control Centre. On days of Total Fire Ban all fire permits are automatically revoked.

To check the Fire Danger Ratings for your area visit www.rfs.nsw.gov.au or contact your local Fire Control Centre.