The world’s largest short film festival, Tropfest Australia, supported by foundation partner CGU Insurance is encouraging submissions from amateurs and pros alike. Filmmakers with a burning passion for storytelling are invited to enter their films, with submissions opening 17 October 2018.

Every year, Tropfest lights the way to stardom for filmmakers from all backgrounds, screening stories live to crowds of thousands, with game-changing prizes up for grabs. The 2019 winner will join the ranks of successful Tropfest alumni making waves globally.

“Entering Tropfest was the best thing I could have done and it is without doubt the reason I am now a working director in America,” said Alethea Jones. “Toni Collette was a member of the Tropfest jury that awarded our short, Lemonade Stand, first place in 2012. She went on to star in my first feature film and has been amazingly supportive of me."

“I love Tropfest, screening Wilfred on that huge night was a massive inspiration for us as filmmakers,” said Tony Rogers. “It really opened things up and after the Australian series come out of the original Tropfest short, then a US and Russian version following that, we really are big fans of the Festival and what it can do.”

In Tropfest tradition, films must be no longer than seven minutes, and must contain the Tropfest Signature Item (TSI) – “CANDLE.” It is entirely up to entrants as to how they include the TSI in their film, with filmmakers encouraged to be as literal or as subtle as they like.

“Tropfest paved the way to success for some of the hottest film talent in the world, from critically-acclaimed directors to beloved on-screen legends including Sam Worthington and Rebel Wilson. It’s a spectacular platform that spotlights budding talent, and skyrockets them into global superstars,” said Tropfest Founder and Director John Polson. “We can’t wait to see who we uncover next!”

“Last year, we enjoyed a great mix of Australian narratives, from one of the most diverse line-ups of finalists in Trop history. This year, we look forward to showcasing even more stories from Australia’s vivid cultural cross-section on the big screen,” he said.

“Tropfest is a wonderful asset for the Australian film industry and has become a true highlight on Parramatta’s events calendar. It not only drives and encourages innovation and creativity but also fosters an appreciation for arts and culture. Our City’s ongoing support for this world famous festival is part of a longstanding tradition of embracing the growing arts scene in our incredible City,” Cr Wilson said.

Ben Bessell IAG’s Executive General Manager Business Distribution said: “Tropfest is an incredible event that provides a platform for ambitious filmmakers to showcase their creativity and talent. As a backer of Australian small businesses with our parent company IAG, CGU Insurance is proud to support those with the drive and ambition to pursue their dreams. Much like these brave small business owners, we encourage Australians to bring their ideas to life by participating in the 2019 Festival and we look forward to seeing their hard work on the silver screen.”

“We are proud to return as a strategic partner for Tropfest, and look forward to including the festival in our upcoming The Crescent Summer Series,” said Suellen Fitzgerald, Executive Director for the Parramatta Park Trust. “With over two million visits each year, and one of Sydney’s most exciting outdoor major event spaces in The Crescent, the World Heritage listed Parramatta Park is the perfect venue to celebrate our stories,” she said.

CEO of Screen Australia, Graeme Mason said: “Tropfest is an important internationally renowned short film festival with an impressive legacy of uncovering emerging Australian talent. It’s an incredible career escalator, and presents a unique opportunity for filmmakers to form connections in the industry and further develop their projects.”

Tropfest is open to anyone with a camera and a story to tell - all you have to do is start shooting. Entries open for submission through the Tropfest website on October 17 2018.

Tropfest has grown incredibly since its humble beginnings at the Tropicana Café in Sydney’s Darlinghurst in 1993, where an eager crowd of 200 showed up for a short film screening organized by Tropfest founder John Polson. The event now attracts tens of thousands of Trop fans, with past jurors including Susan Sarandon, Julianne Moore, Nicole Kidman, Liev Schreiber, Cate Blanchett, Naomi Watts, Billy Crudup and George Miller — who heads the Tropfest Advisory Board.

For festival details, screening venues and regular updates on all things Trop visit the website or facebook 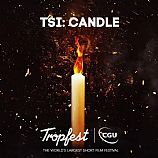 A Celebration of Collaboration: One Year of NSW Landcare Program
Landcare NSW and Local Land Services are celebrating Landcare Week, 3-...

Website Design & Development Services
Stralia Web We have been tailoring solutions to meet your requirements since 1996! We will work with you every step of the way.
More What's New »

Advertise Here Advertise your business here
Announcement
Website Design & Development ServicesWe have been tailoring solutions to meet your requirements since 1996! We will work with you every step of the way.View Stralia Web »